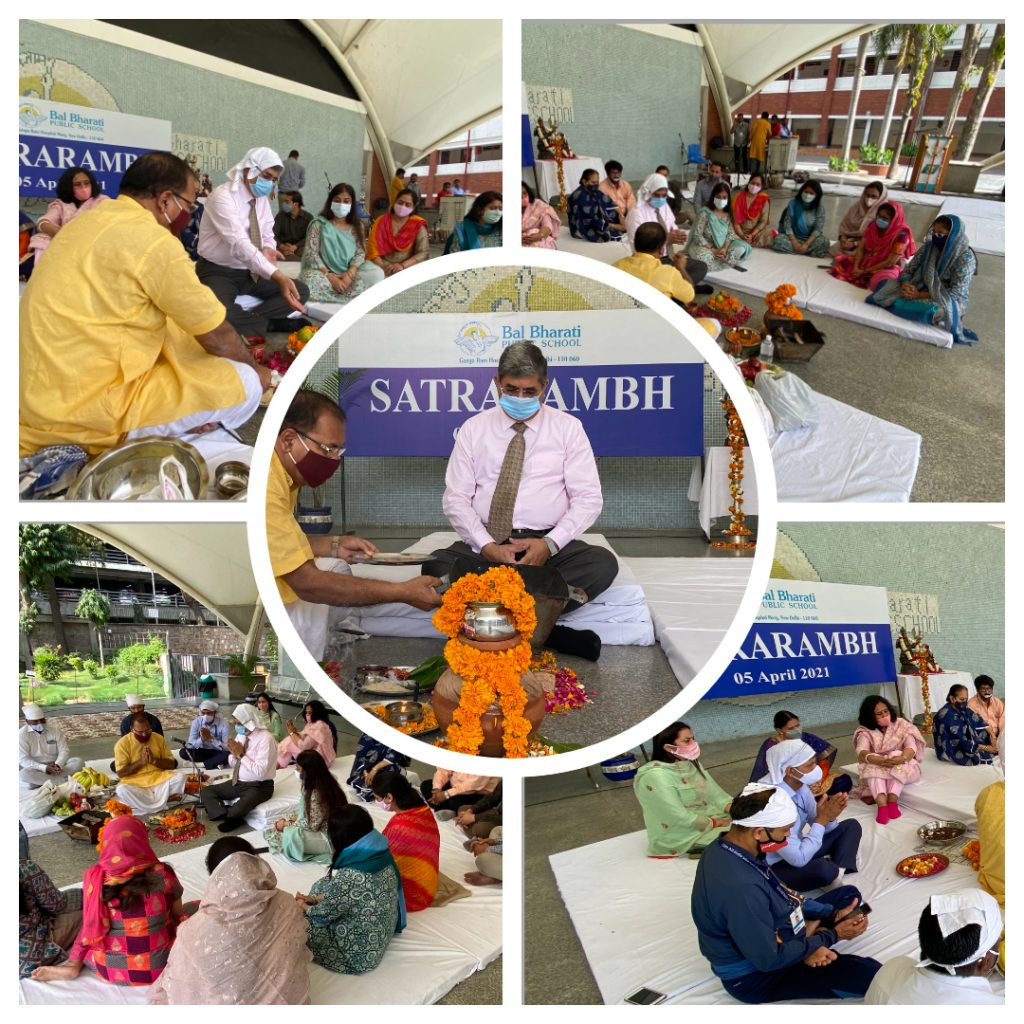 Bal Bharatians commenced the new academic session 2021-22 on 5 April, 2021.Prayers and purification marked the momentous occasion of edification. All the students stood united seeking divine intervention as they took a new step forward in their journey of knowledge. The Satrarambh Ceremony began with the lighting of the traditional lamp by the Principal L.V Sehgal. The auspicious occasion was also graced by Vice-Principal, HM’s, Supervisors, Class representatives and the assembly in-charges. A floral tribute was also offered to Lord Ganesha and Goddess Saraswati along with eloquent hymns. All the students were exhorted to value the blessings of good education and exemplify themselves as righteous individuals. This was followed by the ‘Havan Ceremony’ conducted by Pandit Lalit Kumar Mishra. The program concluded with melodious bhajans marking a befitting end to the ceremony.